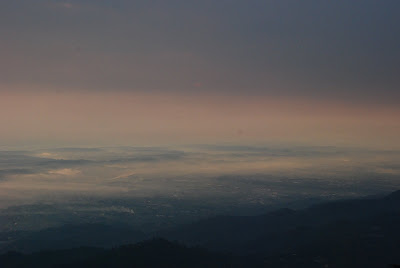 Friends ... For the national book tour of "The Absent State", I wrote a ghazal that is a tribute to Mirza Ghalib, and in a long-standing tradition of Urdu poetry, takes the mukhda (top two lines) of the original and rewrites the rest as a take on modern India. Many friends who heard it live have asked for the lyrics. So here goes: To be sung to the tune of Jagjit Sungh's original ... 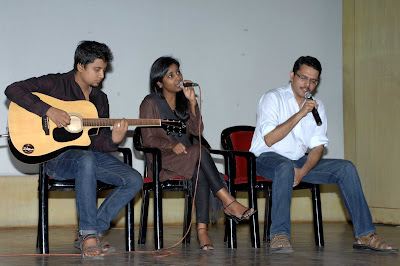 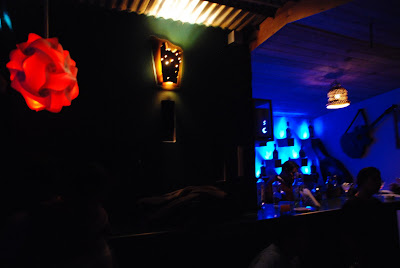 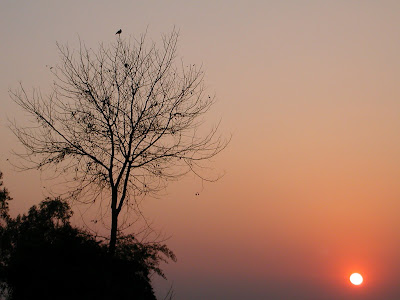 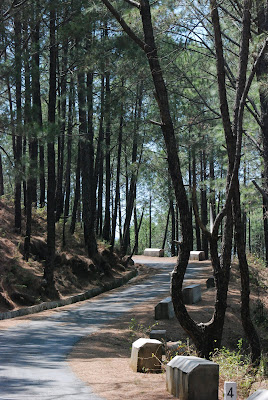 Please do hear my new song ... from "Once Upon a Time in Mumbai" ... directed by Milan Luthria, music by Pritam. The song is in three versions, this one is by one of my most favourite singers, KK.

Labels: Bollywood, Milan Luthria, Once Upon a Time in Mumbai, Pritam, song 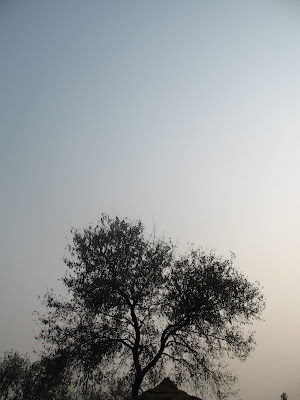 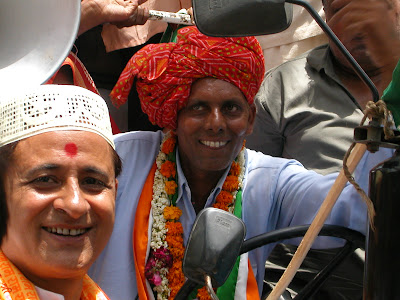 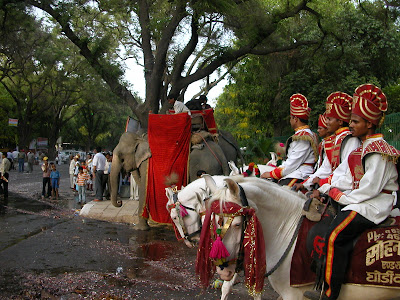 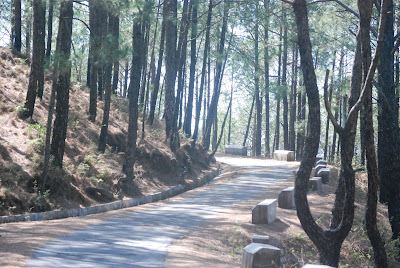 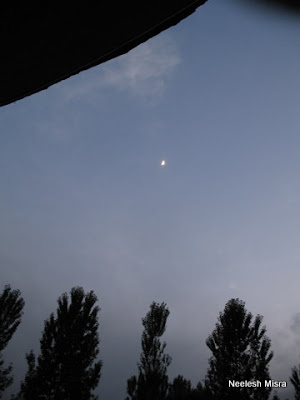 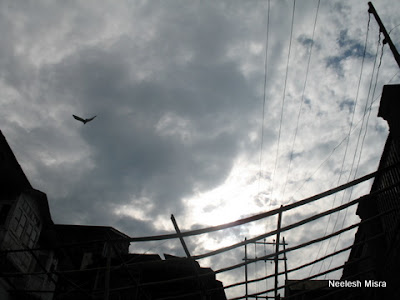 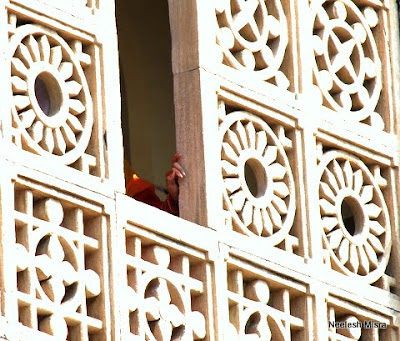 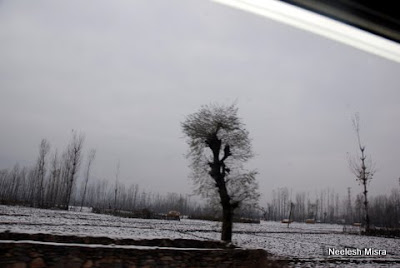 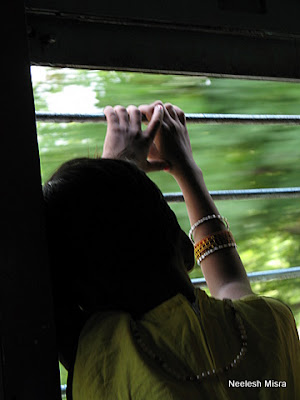 The thing about dreaming 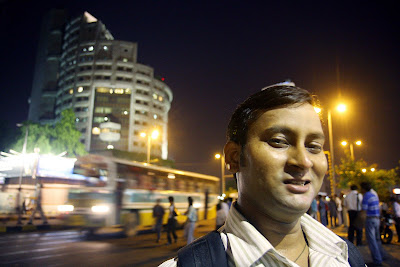 He served me tea every day for months, barely saying a word, arranging the papers on my untidy desk, doing everything with a smile, and staying back late when he sat in some faraway corner of the office.

Doing what, I often wondered.

What on earth could Satish Kumar, the cheerful, 26-year-old peon in the light blue shirt, be doing at 8 p.m.? Secret girlfriend on the phone? Office gossip factory?

“I am trying to learn web designing, Sir,” he said one day, sheepishly. “Will you let me make your web site?”

There he was, standing before me with the plastic cup in his hand with hot coffee, ready to throw this version of his life away, hold himself by the scruff of his neck and yank himself out of his beverage-delivering drudgery and seek a gentle foothold in white-collardom.

He is still officially a peon, but a year on, Satish uses a computer, handles complex Right to Information petitions, fights in towering red sandstone government offices with clerks who refuse to accept the applications, and recently stunned me by popping up on Google chat, where he now routinely asks me for work and is assigned tasks.

This is the face of the young Indian living out a new freedom – to dream, to aspire, armed with the reassurance that it is now OK to dream bigger in the new India – and those dreams could well come true.

With three-fourths of Indians under the age of 35, I find these dreamers at every corner when I travel across the sidestreets and village squares of this country. They are the stories of the changing India. They are India.

And age is, it seems, only a number. She was 35 quite some time ago, but Rama Dey has at 61 elbowed out a little island of existence of her own in the New Delhi suburb of Noida. Abandoned by her husband, she arrived in Delhi looking for a job in 2001 from Kolkata, with a bag that had a pair of cotton saris, a soiled bed sheet and a small pillow. And three hundred rupees. She worked hard as a nanny, accumulated a bank balance of Rs. 1.5 lakh, and has enrolled herself in a neighbourhood school to learn English and Hindi. She helps others now, buying bicycles for faraway village youth in West Bengal so that they can go to work.

Now she wants to join the government’s old age pension scheme, and buy a mobile phone and a TV.

But the world of mobile phones and TVs is what a 27-year-old young man called Karan Dalal decided to give up on when he landed in the real India this week, flying from Mumbai to the remote village of Kunaura in Uttar Pradesh. He will now live there in a village school and try to create computer engineers out of curious and stunned children who had never seen a computer in their life until NIIT donated 15 of them last month.

Not too far away from that village in the rural town of Babagunj in Uttar Pradesh, Dinesh Kumar, a 27-year-old Dalit man, grew up with mental subservience to the Brahmin priest who was his only connection with god when people died or born or got married.

Then a sudden, silent coup happened.

Armed with a small book of rules of everything from weddings to funerals, Dalits in parts of U.P. have now fired the priest.

“We don’t need him. We can do everything ourselves. If he can read the holy book, why can’t I?” Kumar had asked me.

That is India’s new mantra: Why can’t I.

Hundreds of kilometres to the southwest in Gujarat’s Sikka village, 30-year-old Praful Gami shocked me as I walked out after a series of interviews. Gami, a member of the village panchayat (council), had decided to move up in life and has set up a computer repairing shop in Mumbai using the rising income from Gujarat’s agricultural boom.

“It’s called IT Akash (sky), a software company,” Gami said optimistically as village grannies looked on, cool breeze blowing in from a small check dam. “My income was rising here, I thought I should go on a bigger scale.”

At the history-steeped campus of Allahabad University, Syed Mohammed Zeeshan stood near some fellow students, leaning against his motorcycle.

“Along with studies, I want to be associated with a political party,” Zeeshan told me as others looked on. “We, the youth, want our own identity.”’

In Loni, a cooperative hub in Maharashtra, I found young men and women from villages give up farm labour to learn to weld and make machines, learn fashion designing, and trades that will overnight change their life. On the highway from Ahmedabad to Baroda, young men from the smallest of towns learning to be firemen at a private college, so that they can go and work at industrial hubs in India and the Gulf.

More than 1,500 kilometres to the north in a small town I shall not name because he asked me not to, former Kashmiri militant Mohammed Zameer, 36, wants to dream as well as he sits anonymously with me in a cyber café. It is part of the nuances of his low-profile existence, abandoned by both his militant group and the government.

“I do want independence, but I regret I lost at least 20 years of my life,” Zameer had told me. “I was in BSc (Bachelor of Science class) at the time. My classmates are now superintendent of police, doctors, engineers.”

Far away from Zameer’s shadowy existence, back at the office in New Delhi, a message pops up on my computer screen. “Sir can you please check the RTI applications?” shakti8040@gmail.com -- Satish Kumar’s virtual alias – asks me.

Look him up. Make him your friend. The bespectacled former peon who now takes on wily government officials in red sandstone offices.

The guy who will teach you a thing or two about dreaming.

(This article originally appeared in the Hindustan Times)