I met my own slumdog 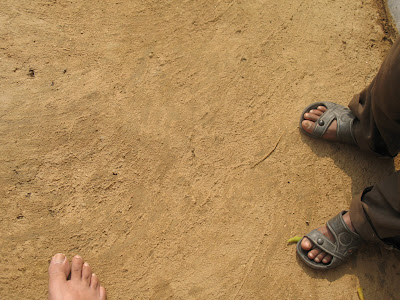 This weekend in Gujarat, I met a slumdog. Who told me of a millionaire.
He was a tea shop waiter at a restaurant on a Gujarat highway. But how did he get to learn to talk in English? How does he know about European countries? How does he know that the Saluki dog originated in the Middle East, is one of the rarest breeds in the world and can race at 92 kilometres per hour?
Well, like Danny Boyle’s slumdog, this one had a back story too.
I was on a hundred-kilometre drive from Ahmedabad down the highway towards Rajkot, stopping at various places to ask the kind of inane questions that journalists ask. At one such break, I met Mohammed Javed, a fairly tall, 19-year-old who serves tea at a roadside dhaba and speaks barely opening his mouth.
He had tousled hair, cheeks that a mother would have wanted to pull, and a smile that would have set most schoolgirls swooning. He had unclean teeth, but then abundant use of toothpaste would have solved that problem too.
Most importantly, he had seen the world and lived through an arc of dreams and desperation – just like the young lad in Danny Boyle’s flick which has the world gushing over it.
Javed lives in Zainabad village, some 15 kilometres from the restaurant where we stopped. He refused to be photographed. He refused to talk about Narendra Modi. The only thing he spoke freely about was his life.
Javed had to drop out of school in the eight standard. It had been adding up for a long time. Teachers were haranguing him every day for not getting text books. His father used to shout at him for not doing well at studies and not doing his homework.The reason was simple, it was the same reason that prevented millions across the country from continuing education.
“I wanted to study, but due to poverty I could not,” Javed told me, looking straight in my eye as if daring me. In his right hand, he held a small teacup and a small cloth to wipe tables.
“In school, the teachers shouted at me every day, they said I had no interest in studies because I wasn’t getting my text books. My father could not buy text books. But at home, he shouted at me for poor studies. But how could I study without books?”
I turned my eyes away, kind of embarrassed. A sensible, young, hardworking young man was standing in front of me with his life ruined by poverty. It was not a happy moment.
“I was ashamed to tell teachers that I was too poor. They scolded me in school,” he said. “My father scolded me. We could not buy text books.”
Around him, there was fear and uncertainty. It was only a year after the deadly Gujarat riots of 2002, when hundreds of Muslims and Hindus had been killed in clashes and Muslims felt ghetto-ed in and vulnerable.
When he couldn’t take the situation at home any more, Javed walked out of his home one morning at the age of 13, boarded a packed jeep to the nearest bus station, then took a bus to Ahmedabad, and finally a train to New Delhi.
He had arrived in India’s capital with just a few rupees in his pocket, out to change his life as they did in the books and the movies. 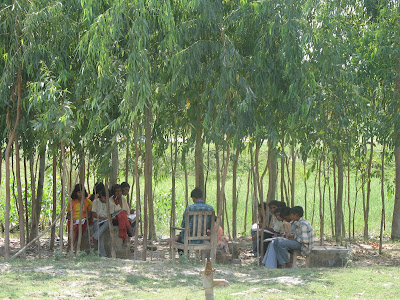 But Javed’s life was no movie, and would not be made into one at least by the time I met him. He began to live in a shanty, and then got a job as a domestic help with a family. He cooked and cleaned.
The city wasn’t about to change his life. He slogged for a year, then went home. The employer did not even give him his wages.
There, he went a millionaire, a local feudal lord of sorts who owned a resort, loved dogs and lived a strange life of opulence and grandeur in the midst of barren nowhere.
He was out on dog duty.
“I trained dogs. There were the Saluki dogs, which had been brought from Abu Dhabi; there were Labradors, bull terriers (which he pronounced as “Bultarians”), Dalmatians and Cocker Spaniels,” Javed said. I heard on stunned. Sorry to sound whatever but t was the last thing I hoped to hear from a tea shop waiter on a Gujarat highway.
He also escorted Western tourists into the Rann of Kutch on sightseeing tours, learning some English and learning to speak it well.
But that was where the dream ended. He lost both those jobs and began to work at the tea shop.
“I have thought a lot about my life. If I had been able to study, I would have had a proper job today. I am very confused today about my life. I wish I had continued at school,” he said. Cars whizzed by on the highway.
His employer shouted from the counter, asking him in Gujarati what he was talking to the stranger about. A customer shouted to him to take away the cups. Javed wasn’t listening. It was one of those moments when a perfect stranger walks up to you and unwittingly helps you get a perspective on your own life.
Javed had been waiting for such a perfect stranger for a long time. He had been waiting to get to speak to some city visitor some day who would strike up a random conversation with him, take him to the city again and change his life again as he had tried to.
I would have loved to, Javed, but I was not that perfect stranger. I was just a selfish self-consumed urban Indian, a street reporter who pretends to care about the dispossessed and gets kicks out of telling stories of their dreams and heartbreak.
All I could have done was to pay for my tea, and wished you well. That’s all I did.
I had to be on my way. I had to be back in my plush hotel room by the evening, throw aside my dusty clothes, sink into the soft mattress after a shower, order some nice pasta and fresh lime soda, watch some TV, and then sleep. 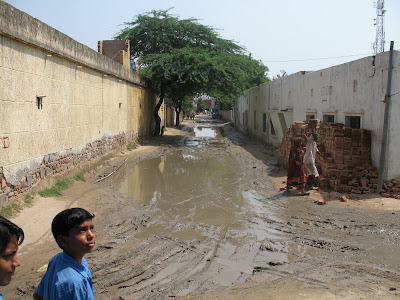 But I couldn’t be the selfish Indian that day. I kept thinking of Javed, of whether his life would change again, whether he would hunt down his dreams like the legendary Saluki hunts in the wild, and whether I had done the wrong thing. I remembered the last bit of our conversation.
“Can I have your number please, if I ever get to come to Delhi again?” he had said in proper English. I heard myself replying in English: “Sure, here it is.”
I gave him the land line, I did not give him the mobile number. Should I have given him the mobile number?
“I’ll call you sometime,” Javed had said as he shook my hand. Then he went away into the kitchen with the dirty cup, back to his slumdog life.
Call me sometime, Javed. Phone a friend.

(Pictures are illustrative)
Posted by Writer At Large at 12:56 AM 7 comments: