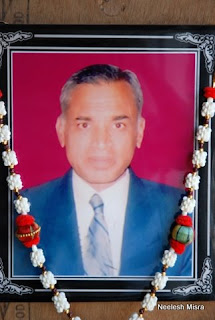 The 65-year-old doctor did not have a pen. But he carried his own paper -- a blank letterhead with his name and qualifications -- as he stepped out of his clinic to kill himself.

Outside Balwant Khajuria's clinic in Jammu region's border town, a war was being prepared. Hundreds of people crunched together, shouting furious slogans in their clash against the Kashmir region. Their throats were hoarse.

Few had had food. Few cared.

The war has subsided, but the state known for the rebellious Kashmiri face has a new angry young man: Jammu. Decades of perceived discrimination has boiled over, stunning Kashmiris and the rest of India.

"The Kashmiris thought only they could do strikes and throw stones? We have showed them what we can do, and Jammu will never lie low again," said Pradyumna Sharma, a college student who threw stones at police and offered arrest during the violent two-month campaign. "Until there is justice for us, this anger will not stop."

Nine people died in the protests. Curfew lasted two months. Women and children – some as young as year-old – filled jails in protest and streets witnessed bloody battles with the police.

It was the morning of August 14 when Khajuria stepped out of his clinic, when Jammu and Kashmir was in the throes of its most violent civil unrest ever. A squabble over a piece of land on the way to the Amarnath shrine had boiled over into violent street protests by hundreds of thousands of people in the two regions that give the state its name.

Khajuria went and sat in a corner of the crowd, and wrote out a long suicide note. He folded it and kept it in his pocket. Then he walked quietly to the public tap nearby, took out a packet from his other pocket and gulped down some tables of Sulphos, a deadly insecticide.

He melted into the crowd, shouted slogans with them, and, within a few minutes, collapsed. Doctors could not save him – and they did not know it was a suicide until they found the note, asking people to oppose the government and "keep the faith."

On that day, hundreds of kilometres to the north in Kashmir's capital Srinagar, something unimaginable until even a few week ago was happening. Pakistan's flags were being waved by furious protesters, watched silently by security forces keen to avoid clashes. 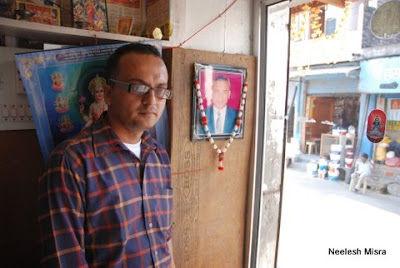 Still, not enough reason for a 65-year-old silver-haired man to kill himself.

"He was emotional, but we never thought he could take this extreme step," said Vivek Khajuria, 36, the doctor's son. Above him, hung a picture of his late father, wearing a suit and tie.

Some days before his death, he came home furious. He had met some women at Amarnath Yatra soup kitchens who said they had been tortured with cigarette butts and ordered to shout "Pakistan Zindabad" (long live Pakistan) on their way back from the shrine.

"He believed that Hindus and minorities in Kashmir, and they are ignored," said Vivek Khajuria. "The maximum employment opportunities go to Kashmiris."

That anger is sweeping across the Jammu region, centred on jobs, economic opportunities and the alleged financial pampering of Kashmir.

"If you are against India, you are pampered. If you say `India Zindabad', you are taken for granted," said Khajuria.

The town, barely seven kilometres from the international border, has heard that echo before.
Two men died in Hiranagar in 1953 in police firing in the widespread agitation led by Hindu natinalist leader Shyama Prasad Mukherjee against the special permit required to enter the state. Mukherjee defied the ban and entered Jammu and Kashmir. He was put in jail, where he died in intriguing circumstances.
This time round, the rage is set to play out in the elections, and Hindu nationalist groups like the Bharatiya Janata Party are hoping to gain from it.
But at the heart of it, there is a battle for resources, not religion.

The dead doctor's son graduated in then-fancied agriculture from Ghaziabad, the New Delhi suburb, 11 years ago but blames the government and its alleged pampering of Kashmir for not being able to find a job yet.

"I am sure they are giving jobs through the backdoor to Kashmiris," he said nonchalantly, punching his fingers on a calculator.
Posted by Writer At Large at 11:54 PM No comments: 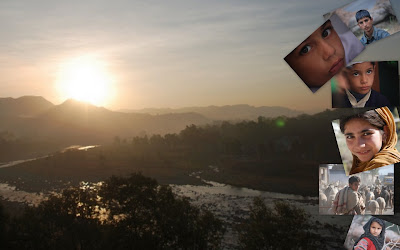 I am an outsider in Kashmir.

I have been travelling there for much of my career as a journalist, I am married into a Kashmiri Pandit family, and some of my closest friends are Kashmiris. I love the voices of Kashmir’s celebrated singers Rashid Hafiz and Kailash Mehra. I have written a few of my popular Bollywood songs with inspiration from the turbulent solitude of Kashmir’s roads. My next book extensively features Kashmir. I can even understand a few sentences in Kashmiri, and after an animated discussion in Kashmiri between friends, I can shock them with one of the few Kashmiri sentences I know: “Mecchu Souri Taraan Phikree (I understood everything).

And yet, I am an outsider in Kashmir. 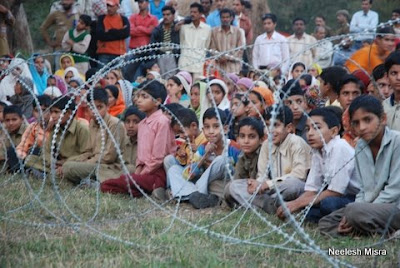 I am someone who has no idea how Kashmir operates at its various mysterious, intriguing levels. I can never feel the pain that has seeped into the blood of hundreds of thousands of people living surrounded by death for years, for whom the first sight of the morning, when they open their windows looking for the warmth of the cosy sun, is a military bunker with an armed man.

I can never hear the growl of the army or paramilitary man when he brusquely asks me to pull over at a barricade and humiliates me in front of my family; I can never squint at the sight of the harsh torchlight that he flashes in my face in the night, I can never feel his rough hands on my body as he searches me for bombs, I can never hear the hostility in his voice as he lets me go. The militants have given Kashmir immense pain – but the crushing response of the Indian government has made that pain fade in comparison.

And I can never feel the tragedy of being treated like an outsider in my own land.

I am an outsider.

I can never imagine how it looks, watching from inside that barb wire, sand bag-protected bunker with the little light bulb. I can never be that man from a faraway Andhra Pradesh or Tamil Nadu or Jharkhand, wearing a heavy bulletproof vest and holding a machinegun, fighting a war someone else created, and for which he must now give his life. The man watching out for his invisible enemy who comes holding a grenade under the pheran; the lonely, often terrified man who kills not so much to kill the militant or the innocent Kashmiri, but to save his own life in a strange land that was thrust upon him by the same people who thrust military occupation on the picturesque land. 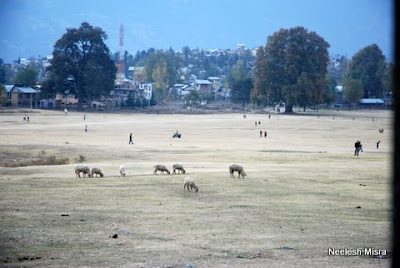 I can never understand the pain of the unknown soldier and the letters he writes home. I am an outsider in Kashmir.

And I can never know what is like to be driven out like an outsider from Kashmir. I can never know what it is like to be a Kashmiri Pandit. The minority whose fault was that they were bright, prosperous, did well in life, and were nationalists at heart. The people who were threatened, killed, hounded and ridiculed and forced to leave their homeland – with their pain never understood by either India or Kashmiris.

I can never feel for their tragedy. I am an outsider. 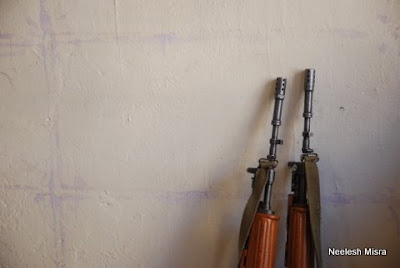 And perhaps some day I will acquire the brains to understand why the Indian taxpayer’s money – which includes my money – goes into the Black Hole of governance where New Delhi issues blank cheques once in a while to buy peace and loyalty in Kashmir and it vanishes without trace in the rarefied air of the valley.

Perhaps someday I will acquire the brains to understand why Indian taxpayer money is used to pump favours to the same men who abuse India and the idea of India.

I am an outsider in Kashmir.

(This piece first appeared in the Hindustan Times)

I am getting back to my blog after several weeks, and I apologise. I am firstly publishing here some of what I wrote, and some pictures I took, on the road trip through Kashmir.

Neelesh
Posted by Writer At Large at 11:01 PM No comments: