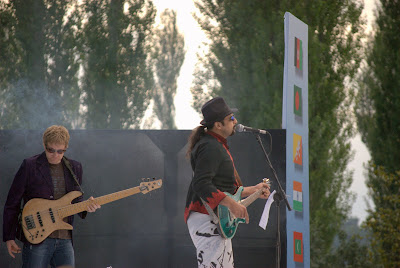 Ten minutes after he landed at Srinagar airport, Chris Terry felt he was in a Will Smith action flick. The Canada-born musician who lives in New York was dazzled by the sight of the guns, the armoured cars, the camouflage, the nervous organiser shouting to the driver, “Go! Go! Go!” 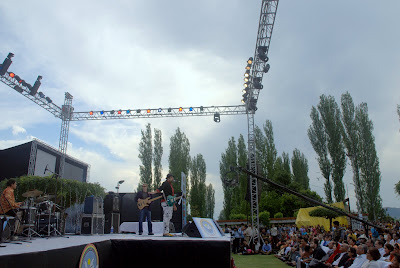 The next day was better. Terry, bassist of the Pakistani band Junoon, was on the stage and he had a familiar sight before him: thousands of youngsters screaming and cheering, singing along and swaying to popular Urdu numbers. What was unusual was the setting. 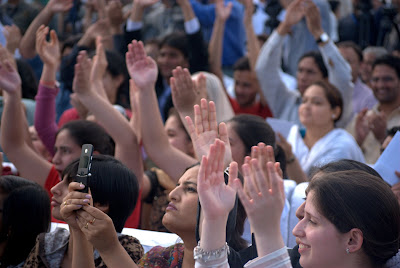 In the heart of a ‘war zone’, the rat-tat-tat of the AK-47 was replaced by the thump of percussions on Sunday evening as something unimaginable until now played out: a Pakistani band playing in Kashmir by the Dal Lake in the presence of a frenzied audience. In the crowd there were also people from outside Kashmir who have experienced conflict — and worse: former Sri Lankan President Chandrika Kumaratunga and Afghan Minister H.B. Ghazanfar. 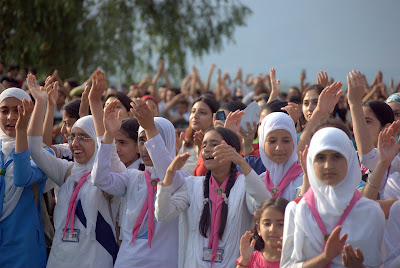 There were schoolgirls in headscarves; young women in jeans and designer glasses. There were students in school uniforms. Behind them, the Dal Lake looked dreamy in a film of mist, flanked by the lofty Zabarwan range. It was as picture postcard as it could get in the Kashmir Valley.

One young man laughed and said, “Why didn’t these guys come 20 years ago? We wouldn’t have had had to take up guns!” 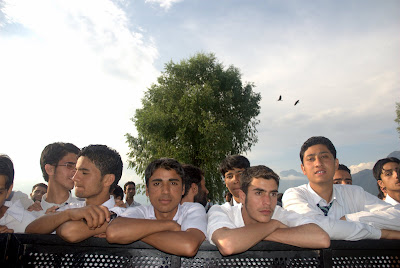 It was a joke many in the front row would take very seriously, of course.
Was this part of the peace process? Nope.
It was just an enjoyable concert for youngsters craving for popular culture in Kashmir. Did people on ‘both sides’ — and Junoon itself — try to wrap the event up in the complex politics of the region? Oh, of course. Everything is not politics in Kashmir, but everything becomes politics here. 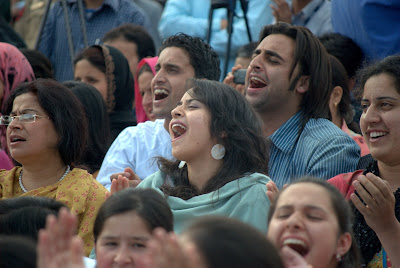 Read the rest of the piece, which appeared first in the Hindustan Times.
Posted by Writer At Large at 11:42 PM 5 comments: