In a chaotic world, lessons from Nicobar

Life’s biggest lessons sometimes come at the most unexpected moments, don’t they? For me, one of them looked me in the face from a sheet of paper as I stood in a makeshift relief camp on Car Nicobar Island in the Andaman and Nicobar archipelago, less than two months after the December 2004 tsunami. 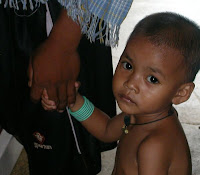 As officials asked survivors to list their losses, thousands of mainlanders who had come and settled there jotted down details of homes and motorcycles, cash and jewelry. But a man from the Nicobarese tribe, from the small island of Camorta, bereft of many of these things as well, just wrote a few words to list his loss: “Three pigs. One dog.” He didn’t care for anything apart from his beloved pets.
From a man who had witnessed the most crushing scenes of death, it was an eloquent statement on what matters in life, a spectacular way of dealing with loss. I came back wiser, a bit calmer, temporarily not worrying about my next raise or my next book, until chaotic New Delhi engulfed me again in its sharp-edged ways – and then I waited for another opportunity to go back to the Andamans to steal another small chunk of peace of mind.
Peace of mind. On that day in 2005, I thought that this rare commodity was all that the Nicobarese had, and used, to face the life-changing disaster that nature had brought to them. 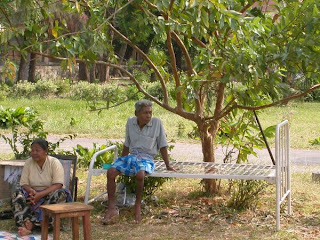 To read the full version of this piece, which first appeared in the Span magazine, please go here.
Posted by Writer At Large at 11:39 PM No comments: