Let this picture do the talking 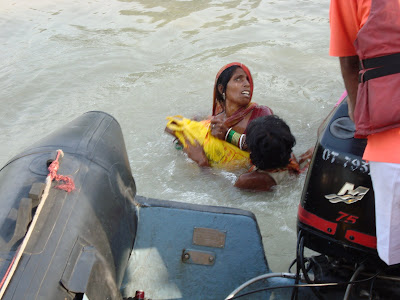 The rescuer had one last food packet in his hands, and the entire village was hungry.
As Commandant Daniel Adhikari watched, a desperate woman leaped into the waters to grab it.
But another man jumped in as well, the two fighting over the bag as rescuers watched helplessly in Lakhipur village in Bihar’s Madhepura district.
“It was heartrending. There has been so much suffering. We tried to do all we could,” said Adhikari.
Take a look at her again. Closely. 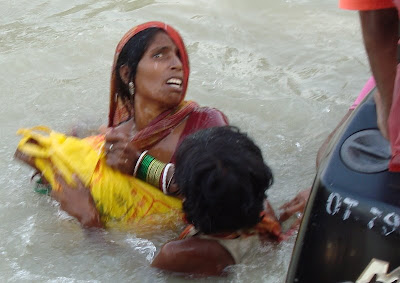 (Picture: Daniel Adhikari)
Posted by Writer At Large at 12:03 AM No comments: