A ceiling fan, a 36-year-old dream 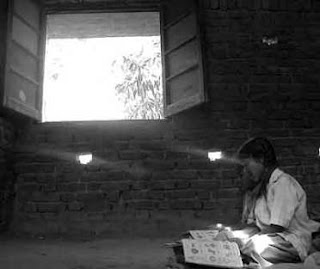 My mother called today in excitement. For the first time ever, a fan had just started working in the remote village school my parents set up in 1972 in Uttar Pradesh.
The 36-year-old school, Bharatiya Gramin Vidyalaya, was my father, Dr. S.B. Misra's childhood dream. But it still has no electricity and barely any other facility, and solar panels just brought to life a luxury: a fan that will help some people sit through the excruciating heat this summer.
The fan is a small punctuation in a long story.
As a child, Dr. Misra walked 24 kilometres to and back from his school in remote Uttar Pradesh, with a dream to educate the children in his region so that they would not have to undertake that long walk every day. 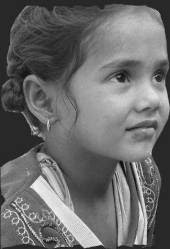 He was a brilliant student. He worked through extreme hardship, worked his way through scholarships. From his village, he got an opportunity to get on a train for the first time, get on a plane for the first time, and travelled to Canada in the late 1960s to study geology.
Within months, he became a star when he discovered 565 million-years old fossils that were the oldest records of multicellular life on Earth.
But he still agonised over the long walk to school, that thousands of children were still making in his rural backyard.
Misra and nine of his friends used to sit in a coffee shop every Sunday, horrified at the stories of squalor emerging out of India, and keen to do something about it. He bought an expensive car. He lived a comfortable life. But four years later, on his way to a career of fame and fortune, he quit and returned to his village in 1971 -- to fulfill his dream and set up his school.
Before that could happen, marriage proposals were pouring in. This was the 70s, few people from UP ever went to the West -- and Misra suddenly was a very eligible bachelor. He humbly entertained all proposals -- but laid one condition. He would mary the woman who was equally passionate to set up a school in his village.
Nirmala Shukla was a city woman, a 1960s Lucknow brat. She had never been to a village -- she preferred to go to the movies and poke flirtatious men with safety pins when they tried to act funny with her group. She said: "What the heck, lets do this." They got married in May 1972. Within weeks, she was wading through waist-deep floodwaters in remote Uttar Pradesh, an adventure that sent the blood pressure of her strict father shooting.
This seemed much more than she had bargained for: all the god's creatures she was terrified of, from snakes to scorpions, were here. The couple went door to door, asking people for contributions to the school. They knew people did not have money, even to feed themselves -- so they asked for a fistful of grain, so that the people of the area -- mostly SCs and STs -- felt involved. The school was set up. 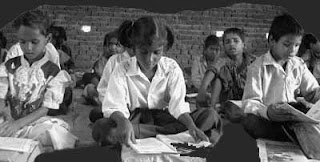 In an area where no girl had gone to school before, parents began sending daughters to study because there was a woman principal in Nirmala Misra.
But back in Canada, a deeper conspiracy had taken place. His credit as a discoverer of the extremely rare fossils had been snatched from him by Western scientists. His family launched a campaign to fight back, and finally won.
Last autumn, he received a rare honour from Canadian officials and scientists when one of those fossils was named after him.
Meanwhile, the school has touched and transformed thousands of lives in an area where most of the residents are from the Scheduled Castes, who earlier had no access to education. And for the time time, girls began to study with the opening of the school, and numerous have changed their lives with education. But the school has come through, and continues to face -- many challenges, and is an eloquent example of what is wrong, and what could be right, with India's education system.
And the school just got its first ceiling fan. A few people will not sit in the heat this summer.

I sat with my journalist friend Radhika Bordia by a Bombay street, having tea in Worli in the shade of looming trees and gossiping about the world at large.
Two little girls walked nearby, wearing their white and blue school uniforms, giggling, their hair in plaits. They stopped under a tree and looked up.
To our left were buildings with small windows, opening into small dark rooms where clothes were hung and faint shadows moved. They were, Radhika told me, the city’s oldest “chawls” – humble homes of textile mill workers in the sprawling textile district that once buzzed with the clatter of a booming industry.
The schoolgirls stood opposite a house with a two storey-high painting of Dr. B.R.Ambedkar painted on it in black and white, with a huge garland of marigolds pinned to the wall.
The textile mills all shut down over decades and gave way to shopping malls, putting hundreds of thousands out of work.
But the residents did not stop dreaming, and hoping. 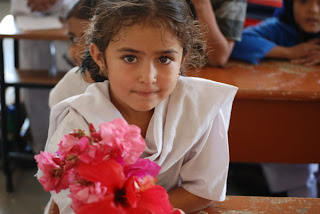 The two school girls leaped in the air, together, stretching their little hands as high as they could to reach what they wanted: a bunch of champa flowers hanging from a branch. They jumped several times, failing each time, giggling at their failure.
A passer-by walked past, holding what looked like two large notebooks in his hand. He looked at the girls and stopped, and gave them the notebooks to hold.
Then he reached out and held a large leaf jutting out of the branch – like holding a donkey’s ear and asking it to sit down -- and lowered it towards the girls.
He let them have the flowers, looked at them as they smiled in their simple joy, took back his notebooks, and went his way.

(The picture is representational; I took it in a school in Anjar, Gujarat)
Posted by Writer At Large at 1:34 AM No comments: